The Curious Case of QuadrigaCX

The Curious Case of QuadrigaCX 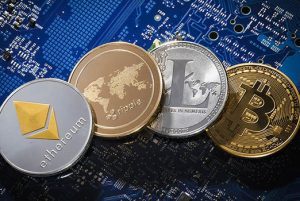 What was at one point the leading cryptocurrency exchange in Canada, QuadrigaCX has devolved into a tangled mess of lost user funds, creditor protection initiatives, and mystery surrounding the deceased founder and missing funds. Now, QuadrigaCX is officially transitioning into bankruptcy following a ruling by the Nova Scotia Supreme Court that transfers the exchange out of the Companies’ Creditors Arrangement Act (CCAA), which it has been operating under since late January.

QuadrigaCX made headlines at the end of January after it had announced that it was filing for creditor protection amid more than $130 million in lost crypto assets that it owed to its users. The announcement came after roughly a year of the exchange struggling with banking problems and reported issues in the preceding months of users having difficulty withdrawing both fiat and crypto.

Adding more confusion into the mix were the revelations that coincided with the announcement that the exchange’s Founder and CEO — Gerald Cotten — died in India of Crohn’s disease. The problem? He was the only employee of the exchange to hold the private keys to access the funds in cold storage.

Since then, numerous revelations about the situation have surfaced, unveiling a story on a scale similar to the infamous Mt. Gox exchange hack.

Initial fears of the exchange’s insolvency were confirmed by the exchange’s announcement that it had filed for creditor protection to avoid bankruptcy. Part of the statement read:

“For the past weeks, we have worked extensively to address our liquidity issues, which include attempting to locate and secure our very significant cryptocurrency reserves held in cold wallets, and that are required to satisfy customer cryptocurrency balances on deposit, as well as sourcing a financial institution to accept the bank drafts that are to be transferred to us.”

The court filings by the exchange highlighted how the exchange was short nearly $190 million in a combination of fiat currencies and digital assets. However, they noted that the vast majority of the missing funds were locked in cold storage and Jennifer Robertson, the widow of CEO Cotten, revealed:

“The normal procedure was that [QuadrigaCX founder and CEO Gerald Cotten] would move the majority of the coins to cold storage as a way to protect the coins from hacking or other virtual theft.”

Her statement stoked fears that the private keys to access the cold storage wallets containing the majority of user funds died with the founder. Cold storage of cryptocurrencies is commonly referenced as the best practice for exchanges, but almost always involves multi-sig authentication to avoid single control of user funds that can lead to scenarios like QuadrigaCX.

Of the nearly $190 million owed to users, roughly $53 million was tied up in an ongoing lawsuit between QuadrigaCX and the Canadian Imperial Bank of Commerce as well as several payment processors that the exchange had used. The remaining $137 million was in crypto assets.

QuadrigaCX Founder and CEO, Gerald Cotten, reportedly managed all exchange-related activity via his encrypted laptop, but nobody could access it. Ernst & Young (EY) was eventually appointed the creditor protection monitor by the court, and was given access to the laptop after an independent consultant could not crack the encryption.

QuadrigaCX, at the time, was granted a 30 stay on pending lawsuits by affected customers, which they cited as a potential period to sell their operation to generate revenue and find the missing coins. However, this raised further questions about the financials of the exchange, such as whether they even had cold wallets with the claimed funds — something disputed by industry observers due to lack of on-chain data confirming such transactions were present.

Conspiracy theories naturally started emerging citing death certificate issues and a possible exit scam pulled by the Founder — Gerald Cotten. However, those fears seemed to be allayed after the Indian hospital Fortis Escorts detailed the circumstances of Cotten’s death.

Over the next 30 days, while EY was attempting to crack the encrypted laptop, multiple developments emerged from revelations of $1 million moving to other exchanges before the collapse to Cotten’s widow, Jennifer Robertson, denying accusations that she was hiding funds from creditors.

The US-based crypto exchange, Kraken, even announced a $100k bounty for anyone who could solve the mystery of QuadrigaCX and locate the missing funds.

EY was eventually able to unlock a sizeable portion of the fiat funds from various third-party processors including Billerfy. However, roughly $100 million in crypto assets were still missing, even after EY had provided the blockchain addresses of the cold wallets — which revealed they were empty. EY detailed in their report:

“The Monitor has made inquiries of the Applicants as to the reason for the lack of cryptocurrency reserves in the Identified Bitcoin Cold Wallets since April 2018. To date, the Applicants have been unable to identify a reason why Quadriga may have stopped using the Identified Bitcoin Cold Wallets for deposits in April 2018, however, the Monitor and Management will continue to review the Quadriga database to obtain further information.”

Miller Thomson and Cox & Palmer were appointed as the legal counsel for the QuadrigaCX creditors, and a 45-day extension of the stay of proceedings was then approved by the Nova Scotia Supreme Court. A Creditor Committee was subsequently formed in the following weeks for affected users of the exchange loss.

Around the same time, Bloomberg reported that QuadrigaCX Co-Founder, Michael Patryn, who went by the name Omar Dhanani, was a convicted criminal in the U.S. that had served 18 months in federal prison for a bank-and-credit card scam. Naturally, the news drove further speculation into the mystery of QuadrigaCX, spotlighting other details about how Patryn went by Omar Patryn following his release from prison and extradition to Canada in order to cut ties with his past.

Recent details on QuadrigaCX have been thin, but the transition into bankruptcy will formally appoint EY as the trustee of the exchange — broadening the scope and authority of their investigation into the missing crypto assets. Despite being able to recover fiat funds and some cryptocurrencies from other exchanges, it is believed that the vast majority of crypto is still missing. EY is also expected to sell off the exchange’s trading platform to generate revenue.

EY has been granted permission to receive information from several of QuadrigaCX’s third-party payment processors and has also frozen Cotten and his widow’s assets outside of a private and a corporate bank account with the Bank of Nova Scotia.

The next hearing on the stay of proceedings will occur on April 18th.

The quandary of QuadrigaCX is unique and bizarre but is, unfortunately, part of a long line of exchange hacks and problems in the cryptocurrency sector. For now, the case still has many different elements that still need to play out — and the result should serve as a marked conclusion to a very curious case in an emerging market.