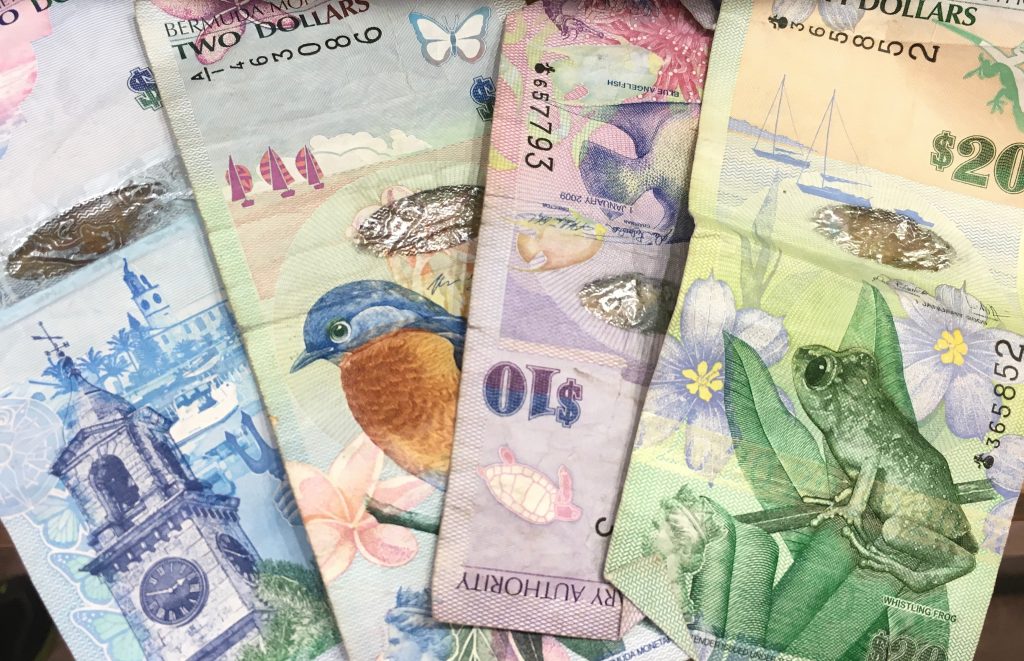 Circle — the popular crypto investment app — is packing up the majority of its exchange operations and moving them to the blockchain-friendly island of Bermuda in a move that is a microcosm of the broader regulatory sentiment in the US on the crypto market.

The firm announced the move in a blog post on Monday, which detailed that the company had received the Digital Business Act License from the Bermudan government. Circle is the parent company of US-based exchange Poloniex, which, according to the announcement, is a driving factor for their decision to relocate their exchange operations to Bermuda.

“We plan to serve non-US Poloniex customers with our new Bermuda operations, and we expect to offer many new digital asset services from Bermuda over time,” detailed the team in the announcement.

According to Coindesk, more than 70 percent of Poloniex’s are located outside of the US, making the transition of exchange operations to the idyllic island an optimal solution amid an uncertain regulatory environment in the US. Along the same lines, Poloniex, among several other exchanges (e.g., Binance), have already blocked users located in the US from accessing certain digital assets.

Binance has effectively blocked US customers from its exchange until the rollout of its US branch for servicing US customers. Similarly, Binance DEX is expected to begin barring US IP addresses later this summer.

The recent developments are representative of the wider sentiment among crypto-oriented businesses that the uncertain, undefined regulatory environment for crypto assets in the US is hindering innovation significantly.

US Inaction is Leading to Innovation Absconding Offshore

The fears around the inability of US regulatory agencies to take decisive or transparently friendly actions towards cryptocurrencies has manifested itself more profoundly over recent months.

For example, the ongoing quandary between the NYAG and popular exchange Bitfinex is becoming more complicated by the day. The office of the NYAG is claiming that Bitfinex serviced US customers in New York, while Bitfinex claims that the cited New York customers were actually foreign entities and the NYAG is using misleading statements.

In the context of innovation fleeing offshore, the debacle is problematic for two reasons. First, the NYAG is focusing significant effort on extending their jurisdictional reach to an exchange based in Hong Kong — setting a precedent that precluding US customers from crypto-oriented services outside of KYC/AML regulated firms in the US is one of their foremost concerns.

Second, Bitfinex has gone on to raise $1 billion for its native LEO token and subsequently rolled out early derivatives products in spite of the ire from the NYAG. Such moves indicate that regulatory havens for crypto outside the US are gaining momentum despite any preconceived notions of unlawful behavior by US agencies.

The sentiment is increasingly mirrored by firms in the US, where derivatives products (e.g., Bakkt) have struggled to gain approval from the CFTC, and higher leverage, non-KYC platforms like BitMEX are also being probed by the CFTC even though the exchange is based in Seychelles. It is becoming increasingly apparent the high leverage, more developed crypto products will not be available for retail investors in the US anytime soon, especially without KYC, which incidentally happens to be one of the largest draws of BitMEX’s massive popularity — the fact that it doesn’t have KYC.

“Unfortunately, because of US regulatory limitations, we will not be able to offer many of these new services to US persons for now,” detailed Circle in their announcement. “We will also continue to advocate for changes to US policy and regulations so the US economy is not left behind by opportunities created from digital asset and crypto innovation.”

Warnings by prominent Silicon Valley members about the regulatory pressures in the US have been present since late 2018 when TechCrunch Founder, Michael Arrington, detailed the legal fees around subpoenas that Arrington XRP Capital was receiving would force a pivot of innovation to Asia.

His foreboding has materialized to a certain extent, with even Facebook basing its Libra Association in Switzerland rather than the US — a notion expounded by US Congressman Andy Barr who said:

“I think, given the commentary we’ve heard today, we are discovering why a decision has been made to locate in Switzerland instead of the U.S.”

Parallel to concerns that innovation and crypto entrepreneurs will continue to set up shop abroad is the notion that the proclivity of the US government to wield its stranglehold on global finance with sanctions may spur nation-states under the US sanctions microscope to adopt cryptocurrencies. Vijay Boyapati cites how likely it is tin-pot authoritarian regimes will be among the first to invest in Bitcoin with sovereign funds.

Iran, who is currently under dire US sanctions pressure, even recently legalized crypto mining. Similarly, China’s Bitcoin mining dominance positions the country well to leverage Bitcoin for skirting US sanctions, along with investors escaping Chinese-enforced capital controls, should the demand increase and the US-China trade war escalate.

What’s clear is that the inability of US regulatory agencies to take definitive, friendly crypto regulations is pushing innovation outside of the most advanced technological country in the world.

Core proponents of Bitcoin and public blockchains often tout the ongoing technological developments as akin to the early days of the Internet — an opportunity that the US can ill afford to miss big on as other countries view the chance of the century to gain on America’s global technological and financial lead.