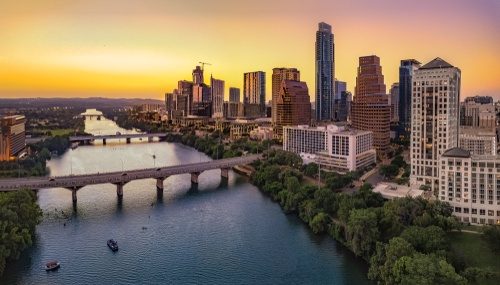 Bitcoin’s mining industry has transformed from a dispersed set of hobbyists extracting large sums of bitcoin from the protocol with CPUs to a vast confluence of innovative hardware manufacturers, pools, and upstart technology firms pushing the limits of ASIC mining.

Bitcoin mining has industrialized at a daringly rapid pace.

As the industrialization of the bitcoin mining sector has crystallized, however, most of the hash power contributed to the network has remained confined to China. The location of a majority of the network’s hash power in a politically oppressive region has led to all kinds of theories about bitcoin’s sustainability and projections of various attack vectors, most notably a 51 percent or Goldfinger attack directed by the Chinese government.

Such concerns are real and warranted, but once again, it appears that bitcoin’s mining narrative is rapidly changing again — fueled by the power of private capital and free-market mechanisms.

Bitcoin mining is a unique theater of economics that includes advanced technological elements (i.e., ASIC hardware, renewable energy resources, cryptography) and a global population of potential market entrants. China has arisen as the epicenter of bitcoin mining largely because of the advantageous economic factors underscoring its early boom, such as low electricity and hardware costs, renewable energy arbitrage (e.g., via curtailment), the emergence of some of the leading ASIC manufacturing firms, and cheap storage costs.

So far, those factors have fueled the accumulation of an estimated 50 percent of bitcoin’s overall network hash power in China’s Sichuan province alone. However, approaching the dreaded 51 percent realm among any individual entity or conspiring cartel is a precarious notion.

Malicious attacks on bitcoin are unabashedly challenging, costly, and breed numerous collateral effects that are hard to foresee. But there are also more nuanced reasons for why pools and firms do not attempt to breach a majority of mining power.

Since the Ghash.io mining pool dilemma in 2014, when the pool’s hash power briefly climbed past 51 percent, no mining firm (e.g., Bitmain) or mining pool has come close, or willingly attempted, to reach the 51 percent mining threshold. Mostly due to factors that are downstream consequences of the negative social sentiment such a move engenders within the bitcoin community, like users intentionally suspending Nakamoto Consensus, fears of an actual 51 percent attack on bitcoin have never actualized, and it is highly unlikely to occur.

That doesn’t mean that the community at large does not want to take measured precautions in reducing such outlier possibilities, however.

The primary overhead costs of bitcoin mining are electricity, hardware, storage, and maintenance. Bitcoin mining rigs at the scale of warehouse facilities operated by the likes of Bitmain and BitFury consume hundreds of megawatts, deploy liquid cooling systems for ASICs, and generate revenues in the hundreds of millions of dollars.

For example, Layer1, a Texas-based bitcoin mining firm backed by Peter Thiel and several other prominent investors, is already valued at $200 million following the closing of a $50 million funding round. The firm’s goal? According to Fortune Magazine:

An ambitious goal, indeed, but one that is definitively in the purview of bitcoin’s larger interests and the US’ grip on advancing global energy, including renewables.

For example, Texas has never been shy about monetizing its commodities, from oil to cotton, and now — cheap renewable energy. According to the Department of Energy, 16 percent of electricity in Texas comes from wind power, by far the largest in the US. Additionally, Texas is the epicenter of oil extraction, including fracking, in the US, which drives down energy costs significantly. Add in Texas’ largely independent and isolated electricity grid, Electric Reliability Council of Texas, and Texas is a bitcoin mining dreamland.

Alexander Liegl, Co-Founder and CEO of Layer1 even expounds on some of the misconceptions about bitcoin mining, detailing in a recent Twitter thread:

“Most people still don’t understand that Bitcoin mining is fundamentally in the energy storage industry…Globally export locally-sourced electricity, with Bitcoin being the medium of that transaction.”

The notion that bitcoin mining is an effective medium for digitally exporting efficient power generation and cutting inefficient production, beyond national boundaries, is a potent incentive for firms to take advantage of the margins. Energy companies have a new feedback mechanism to generate revenue that provides a vastly improved value trade-off for energy surpluses.

Layer1’s rise will be intriguing to watch as they have vertically integrated the entire bitcoin mining stack, representing a fresh take on an industry with a penchant for rapid evolution.

And other giants of bitcoin mining are taking notice.

Bitmain, the leading specialized ASIC manufacturing firm and bitcoin mining pool operator, recently revamped its mining efforts in the state of Texas with a brand new facility that has replaced the once-thriving Alcoa aluminum smelter in the small town of Rockdale, Texas. In a municipality once dominated by the daily grind of blue-collar workers, bitcoin is the new path to revitalizing a shaken local economy.

For many of the same reasons as Level1, Bitmain’s push in Texas is representative of a marked trend in the industry — exporting bitcoin mining away from China. The facility, which encompasses a 50-Megawatt operation using Bitmain’s flagship Antminer S17 Pro, was planned for launch last year before a declining bitcoin price delayed its opening. Now, with bitcoin’s price resurgence and confirmation of its market staying power, investment vehicles, tech startups, and financial institutions are taking notice.

“The future of Bitcoin mining lies in the heart of the United States: Texas,” detailed Layer1 CEO, Alexander Liegl, in the company’s Medium post announcement of funding. “This is where world-class electricity prices, friendly regulation, and an abundance of renewable energy sources meet.”

China may have had the early jump on American innovation in the field of bitcoin mining, but capital investment in Texas may disrupt China’s grip on the market.